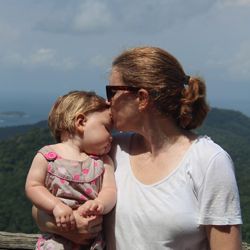 
Sharyn joined Verbalplanet in July 2016 learning French. Initially, Sharyn decided to take French language classes in her local area but found that as a busy mum her time was becoming increasingly taken up by her children which meant she had less free time available to study away from home.

Sharyn needed a solution which provided her with access to native French speakers, allowing her to build her conversational skills and confidence, at an affordable price per lesson. Despite living in Australia, by using Verbalplanet, Sharyn was able to learn online and take classes with a native French tutor living in France, giving an authentic feel to her studies.

Gain insight into another culture

Initially I started learning French as I dreamed of travel and speaking with the locals. Now I study as I love the challenge and seeing my progress.

With young children at home my world often revolves around these little people. Learning French is something I do for me. I enjoy being able to read the French news and listen to French media, it has opened up another world.

Previously I attended classes, however getting away from home became difficult so I continued studying at home with books. I started looking for a tutor to improve my conversation, however that option was expensive and not available unless I lived close to the city. 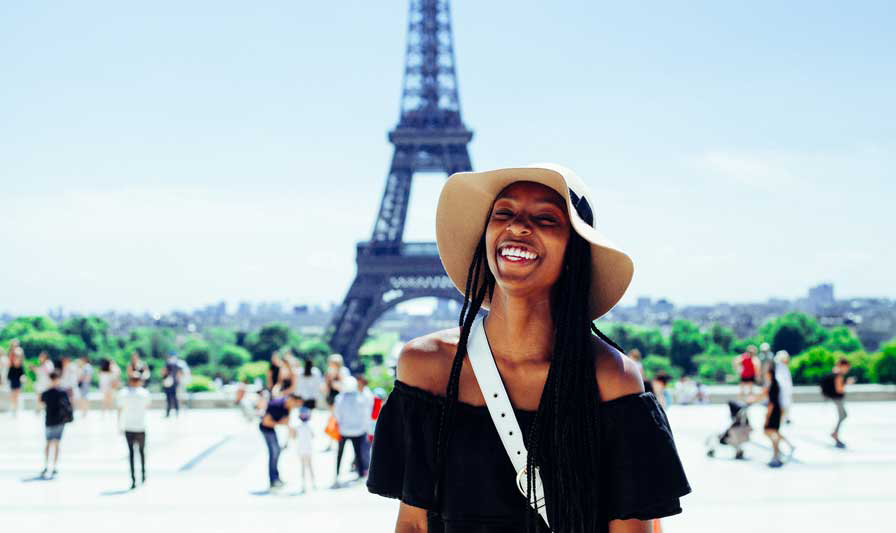 I live in Australia and I didn't have anyone with whom I could speak French. Verbalplanet was a great solution and the website practically invited me to have a go. I was surprised how easy it was to book and even though I was nervous my teachers were very encouraging.

Verbalplanet fits in with my lifestyle, it feels like it is tailored for my needs. I would sit my babies on my lap during lessons, or feed them, or rock them while I talked to my teacher. Now I do lessons when my kids have gone to sleep, and I still don't have to leave the house! There are loads of teachers to choose from in different time zones with different schedules. I can find a teacher that fits in with my schedule and learn at my own pace.

Verbalplanet was a great solution and the website practically invited me to have a go. I was surprised how easy it was to book and even though I was nervous my teachers were very encouraging.

Hello, my name is Dominique Bell and I'm an online French teacher with Verbalplanet. I am a native French speaker and I have been an online language tutor since October 2014.

Sharyn Doherty has been one of my students on Verbalplanet, and to date I have taught 1470 classes and have 281 reviews from other students who have also been learning French online with me. If you would like to improve your ability to speak French I am sure I can help you progress and achive your language goals. My classes have an emphasis on conversation and oral skills so really help to boost your confidence.

If you would like to find out more, please click on my profile link to get in touch and we can discuss how I can help you learn to speak French with greater confidence and fluency.

There are loads of teachers to choose from in different time zones with different schedules. I can find a teacher that fits in with my schedule and learn at my own pace.

I have been using Verbalplanet for close to 3 years, with breaks at times when life has been too busy. Often I can feel isolated at home however with Verbalplanet I can still learn as the teachers come to me. I feel more confident with my conversation and I'm not scared to make mistakes as it's all part of learning. Lesson feedback is captured on the Verbalplanet portal so I can see how far I have come.

In addition to learning a language I enjoy using my brain in a different way and learning about different cultures. I feel I am learning a life skill, and hopefully sometime in the future my dreams of travel will come true.

The French language is the third-largest of the Romance languages in terms of number of native speakers, after Spanish and Portuguese, being spoken by about 150 million people as a mother tongue or fluently. French forms part of the Indo-European family of languages.

As a Romance language, it is a daughter language of Latin, although there has been significant borrowing from Ancient Greek. French is an official language in 30 countries and whilst the status of French as the leading language for international communication has declined since its peak in the 18th and 19th centuries due to the rise of English, it maintains a prominent position, including being one of the few languages to be spoken officially in five continents. Although there are many French regional accents, only one version of the language is normally chosen as a model for foreign learners. This is the educated standard variety of Paris, which has no commonly used special name, but has been termed 'français neutre'.

You'll be in good company. Students from around the world use Verbalplanet to learn French and you can too.